What is the Pennsylvania Sports Hall of Fame?

It is a non-profit organization founded in 1963, to perpetuate the memory of athletes, male and female, who have brought lasting fame and recognition to the State Area through their athletic achievements.

Also, eligible for such distinction are those individuals who have brought similar recognition to Pennsylvania through their contributions to sports in general; in managerial, promotional, or other dedicated services.

The South Central Chapter of PA was founded in 1979 at the urging of William “BILL” Minnick, former head football coach at Shippensburg High School and ardent sports enthusiast in this area.

Today the chapter has a membership of 141 dues paying members. A format for meetings has been established to include chapter activities, speakers, films, etc.  The chapter holds an annual induction of individuals to the area’s Hall of Fame as well as recommendations of admission to the Pennsylvania Sports Hall of Fame. 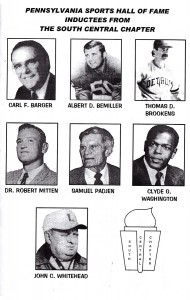 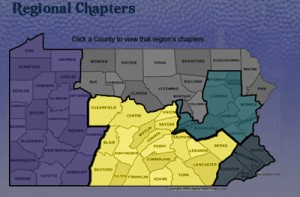 Valley but reaches Lancaster/Reading to the East, Altoona/State College to the West and York/Chambersburg to the South. Our counties in PA are: