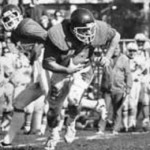 The primary purpose for the South Central Chapter Pennsylvania Sports Hall of Fame is to grant recognition to men and women from the respective communities whose accomplishments  are in the area of sports and athletics. Through its meetings, the chapters hopes to present a variety of programs to interest and entertain its members, while adding to their knowledge and appreciation of all sports. We encourage their active participation the South Central Chapter

Darwin Breaux, the new president has announced that any members interested in helping with the Chapter going forward can contact him at (717)382-2854 or email at breaux@dickinson.edu.

For Reservations, Tickets and Program Ads

Detailed Biographies of the 2020 Inductees

Banquet Program Advertisement Request (May be sent to address above.)

Reminder: Please send your Dues (same as last year: $20.00) and any additional contribution to the address above.

Your Dues include future news letters from our Chapter and mailings from the Pennsylvania State Chapter with a ballot and voting privilege on State Chapter nomination candidates. Also as a South Central Chapter member you will receive discounts on Chapter dinners and induction banquets events as well as the ability to summit applications for inductees in the Chapter.

Chapter President Darwin Breaux and the Executive Committee have decided  to work on a reorganization of the Chapter and make changes and improvements for the future. As part of that change, the induction Banquet of 2020 was moved into the second quarter of this year. New applications for inductions will be received into the fall of 2020.

Our Chapter membership continues to grow and serve Athletics in the South Central area with the Executive Committee focused on improvements for the future.  Please feel free to share our website and this newsletter with your friends and neighbors.

Tim was honored as one of Shippensburg Universities’ 10 individual selected to PSAC’s 150 Football contributors. A native of York, PA, Ebersole was the 1981 PSAC and eastern Collegiate Athletic Conference player of the year and Quarterbacked the Shippensburg University raid Raiders to the national semifinals. He was a two-time honorable mention All-American breaking 31 school records and finishing with 4,658 passing yards and 45 touchdowns. Tim has been serving for the last 25 years as Shippensburg University Development Coordinator. In his free time, Tim officiates YAIAA boy’s basketball and has also officiated NCAA D2 games.

Julie was a three-sport athlete at Cocalico High School and went on to play field Hockey at Lock Haven College where she received her B.S. degree Summa Cum Laud. And later went on to receive here M.Ed. from the University of Virginia. Julie Worked At Dickinson College as a professional Athletic Trainer, and she has been involved in numerous national; regional; and state committees serving at California University of Pa; Dickinson College; and now at WellSpan Health. She has been a guest speaker both nationally & regionally at athletic trainer Conferences and is activity involved in the Pennsylvania Athletic Trainers Society. Julie had the opportunity to do research with the esteemed Dr. Joseph Torg regarding cervical spine injuries in football and worked at several pre-season camps and spent one entire season with the Washington Redskins. She was the first female Athletic Trainer working in the NFL

Advertisements can be returned via